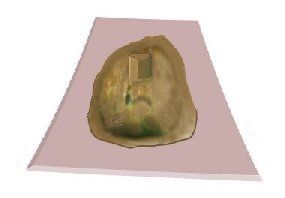 Now that the clay surface is smooth, you need to build-up an area that will serve as the pour hole (Figure 8), which is where mold rubber will later be poured. In mold making this is known as the “sprue.” Take some clay and roll it into a cylinder about two-inches in diameter and three inches long. Locate the high point of the blanket and carefully stick the cylinder to it. You may need to add a collar around the bottom of the cylinder to help to secure it. You will also need to add vent holes at all the high points to bleed off trapped air. You can do this by adding holes or straws in the clay at the high points. Those will be added before the plaster shell mold is applied. 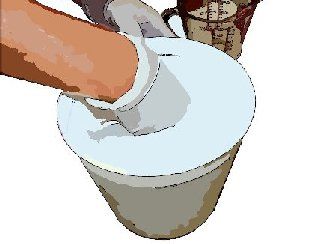 In the next step the shell mold is built. There are a number of materials one can use, including polyurethane materials formulated specifically for shell molds. However, to conserve costs, you should consider a plaster-based shell. Though it is a bit heavy, it is strong when made correctly with materials such as CastRite art stone mixed with reinforcing fibers. Follow the mixing instructions on the box and add a handful of fiberglass fiber. Mix to the consistency of wet putty. 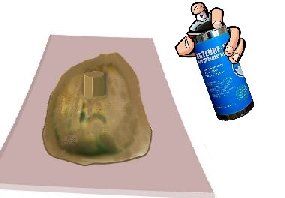 Before applying the plaster shell, use a good mold release such as ArtLube-100 and give the clay and the baseboard three light coats of mold release, making certain each coat has dried before applying the next. It is important to make certain you have complete coverage of the release to prevent the materials from sticking when you are ready to de-mold. 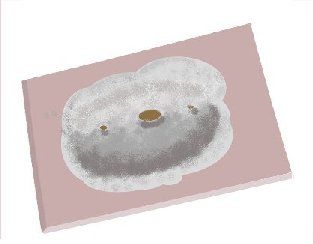 Add the straws or clay chimneys on the high spots for air venting. Use mold release on those areas, as well. Using your hands gloved hands, scoop out the plaster from the mixing bucket and add it on top of the clay to a thickness of about two-inches. Keep a bucket of water handy and dip your hands in the water to smooth the surface of the shell while keeping the pour and sprue holes clear of plaster. Cover the flange with two inches of plaster as well. 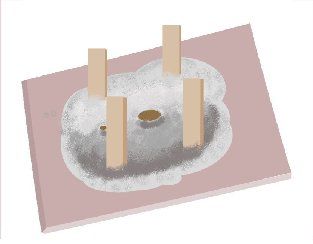 While the plaster shell is still wet, embed four equal length legs equidistance around the perimeter. These four legs will allow you to have a stable and level platform for casting when your mold has cured. You can add additional plaster around the base of the legs for added support. When the shell has cured and removed from the baseboard you can stand the mold on its legs which will allow you to work on the mold and to prevent it from rocking or tipping. 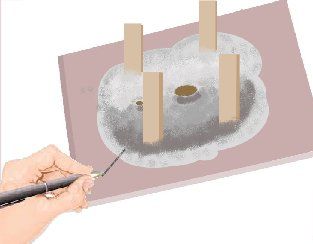 After the shell has cured, mark a line one corner of the baseboard up onto the plaster shell. This will act as a registration line so that you can place the shell back on the baseboard in the exact position that it was removed. Use a pen with indelible ink such as a Sharpy as you don't want this mark to wipe off while handling your mold. You may also wish to add a similar line on the opposite diagonal corner for a more precise line up. 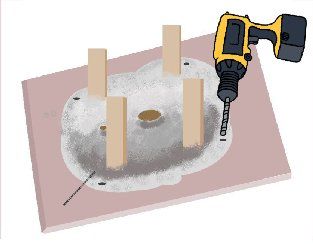 Now it is back to the hand tools. Using an electric drill, drill four small pilot holes in each of the four corners of the mold. Don't go all the way through the baseboard, but do go through the mold and then slightly through the surface of the baseboard in such a way as screws will grip the wood and allow you to easily screw them in. These holes will later be used for screws which will be used to hold the mold to the baseboard.