A collection of over sixty informative articles on life casting, materials, equipment and the business of art, by David E. Parvin, A.L.I. The B&W Edition. 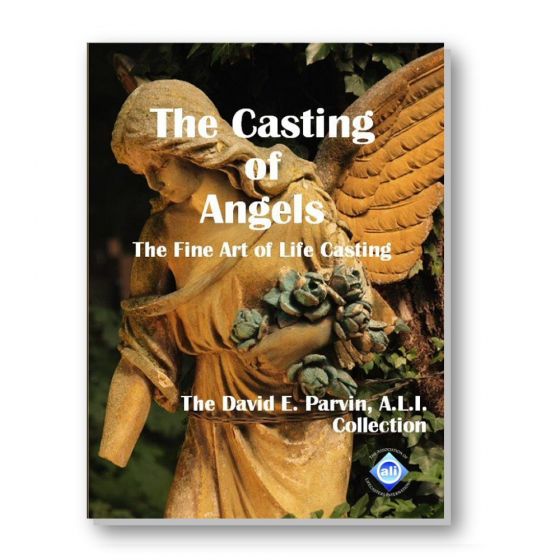 Pilot, sculptor, author and renown life casting artist, David E. Parvin passed away on Saturday, October 25, 2014 at his home in Denver, Colorodo. He was 71 years old. He was many things to many people, but above all, he was a great friend to those who knew him and admired this multi-talented man.

Dave, as he liked to be called, was born in the Midwest on February 23, 1943, raised in the Northwest and has lived in Colorado for over 30 years. Although he attempted to sculpt before his third birthday, the road to becoming a professional sculptor had several detours: studying for the priesthood, earning a bachelor of science in natural science from Seattle University, flying helicopters for the Marines in Viet Nam, remaining married for thirty-five years, raising a son to manhood and becoming a grandfather.

He is a self-taught artist whose primary subject was the human form which he executed in a classical realist manner. Though principally known for his bronzes, he has also worked in wood, concrete, polyurethane, polyester, Forton MG, pewter, acrylic, glass and raku. Through his work, Dave became internationally recognized as a life casting expert and contributed many new techniques and materials in this art form. He was one of the artists to be honored with a lifetime membership in the Association of Lifecasters International and was one of only six to be certified as life casting instructors by the same institution.

Because Dave always felt an obligation to pass his artistic experiences, he taught workshops on life casting, figurative sculpture and making a living as an artist. He has traveled by invitation as far as London, England and Australia to lecture.

He has written over sixty articles on various aspects of sculpting for different art publications which we a pleased to present here in this volume of The Casting of Angels.

View the book here before you purchase.